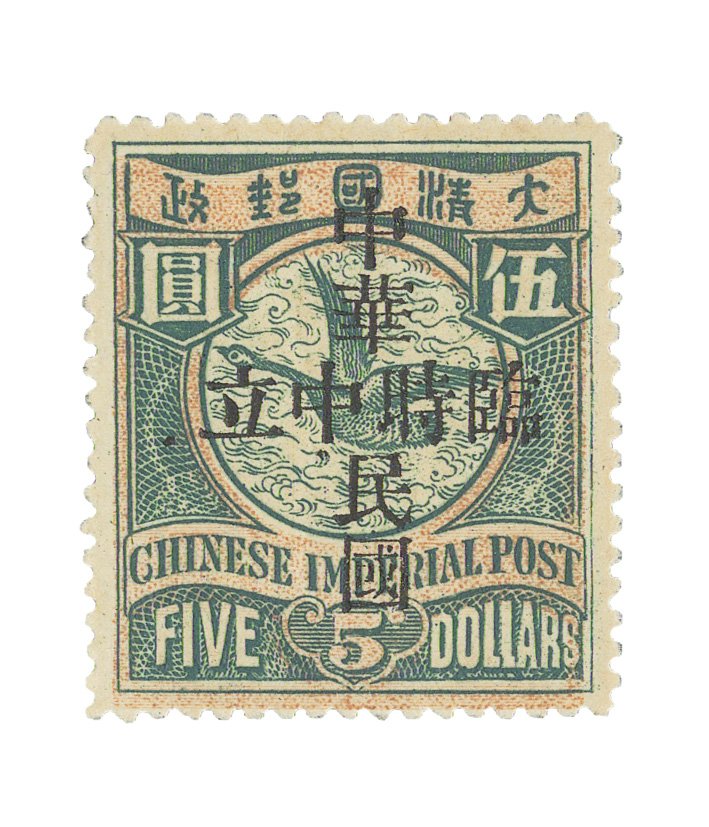 After the “Provisional Neutrality” Issue stamps had been recalled which caused by intensive opposition, the Inspector General of Directorate of General Posts T. Piry again ordered the Customs Statistical Department Shanghai to re-overprint 15 denominations Provisional Neutrality Issue stamps with Chinese 4 characters “Republic of China” vertically. These will be formed as re-overprinted 4 Chinese characters “Republic of China” crossed with original overprinted 4 Chinese characters “Provisional Neutrality”, not only could not fulfill the requests from the Temporary Republic government at Nanking, but also represented the essential and serious political sense of error. Finally the Provisional President Dr. Sun Yat-Sen in Nanking sent note at March 19 to Yuan Shi-Kai that this set of ridiculous and impendent stamps should be recalled, also mentioned that the stamps would be allowed if without any words as “Provisional Neutrality” on them. However, this set of Republic of China and Provisional Neutrality Issue stamps had been recalled after some stamps at Hankow, Nanking and Changsha Post Offices had been sold. Estimated at Hankow Post Office, 8 denominations of 1-cent, 3-cents, 7-cents, 16-cents, 50-cents, 1-dollar, 2-dollars and 5-dollars; at Nanking Post Office, 6 denominations of 1-cent, 3-cents, 16-cents, 1-dollar, 2-dollars and 5-dollars; and at Changsha Post Office, a denomination of 1-cent had been sold.