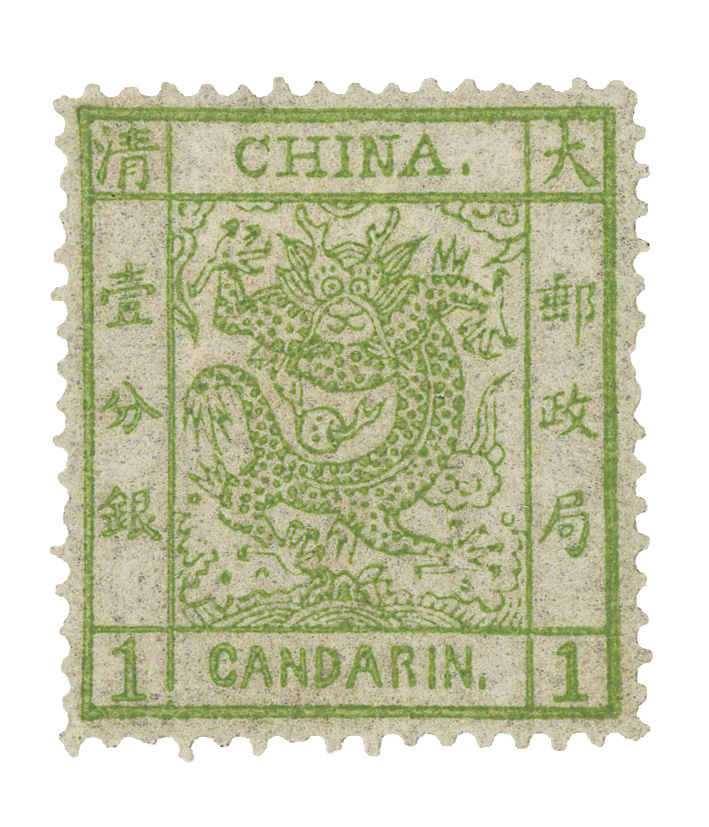 This is the first set of stamps issued within Imperial Customs Posts temporary period at 1878 (the 4th year of Emperor Kuang Hsu). The major figure “Dragon”, which is based on the fundamental of Chinese culture, and is represented the symbol of political authorities, is engraved in the center of stamps. Since the dragon is flying within clouds, this set of stamp is called “The First Customs Dragon Issue” and abbreviated as the “Large Dragon” by philatelists. Whole set is consisted with 3 denominations, that 1-candarin, 3-candarins and 5-candarins respectably. On the beginning, all are printed with thin paper (semi-transparent paper) without watermarks, and the space between 2 stamps is 2.5 mm. Later on printed, according to the paper usage and spacing, these stamps will be classified into “Thick Paper Large Dragon” and “Wide Margin Large Dragon”.