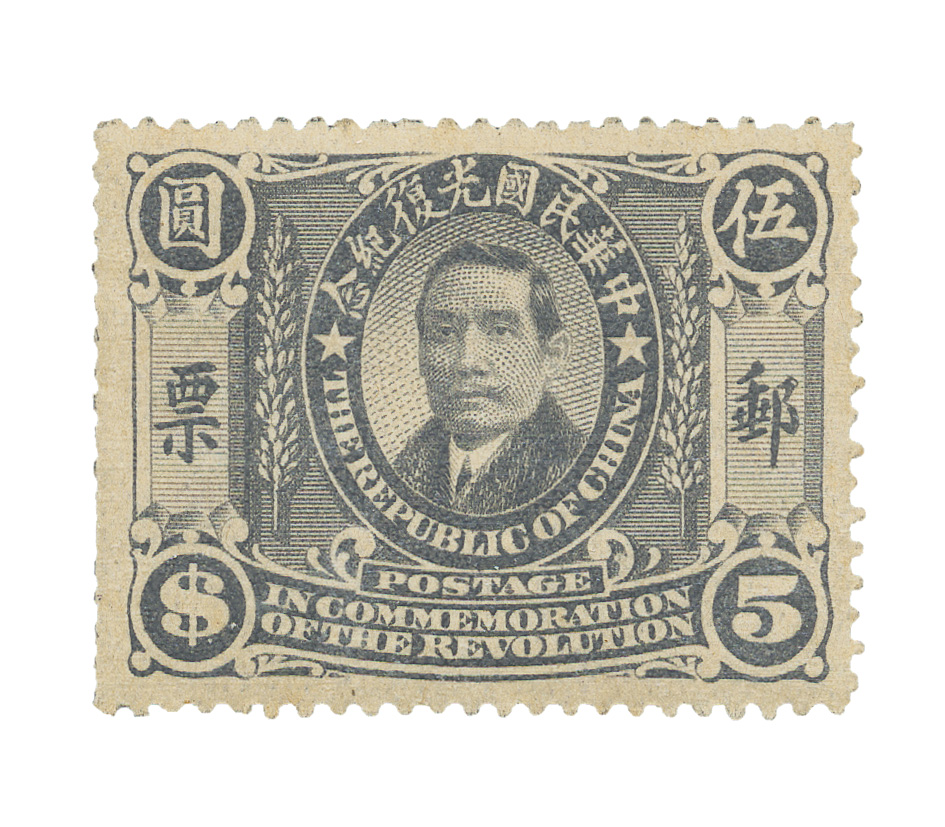 With the success of the revolution, started at Wuchang and climaxed by the downfall of the Ching Dynasty and the founding of the Republic of China, Dr. Sun Yat-Sen assumed the office of the Provisional President of China. Preparations were made for the printing of two sets of commemorative stamps, one in commemoration of the Revolution and the other for the Founding of the Republic. They are issued simultaneously with the Revolution Commemorative Stamps bearing Dr. Sun Yat-Sen’s portrait in the center, around which is a circular panel bearing the Chinese inscription texts “National Revolution” and decorated with a head of rice stalk (major food in Southern China) on either side of the portrait. Whole set is consisting 12 pieces of different denominations from 1-cent to 5-dollars, is released from December 15, 1912 (Republic 1st Year). This set is the first set of issuing postage stamps in Republic of China officially.